Ir al contenido principal
Ir al contenido secundario
We would like to announce the release of the website of the composer Ángel Arranz.
Ángel Arranz [1976] is a Spanish composer who lives and works in The Netherlands as an associate researcher at the Institute of Sonology of The Hague. His music explores hybridization between acoustical instruments and electronics, spatiality in several plans of the musical realization and multi-instrumental assemblage. As a sort of mental territories, his music explores basically the utilization of time as a constructional matter through applied mathematics. He has developed an interesting algorithmic composition environment based on the utilization of waveforms [also named ‘seeds’], which work as controllers of the musical parameters, being used in turn to control the field where instruments are written. Seeds control the smallest aspects of the composition as well as the most general structures.

END_OF_DOCUMENT_TOKEN_TO_BE_REPLACED 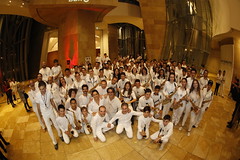 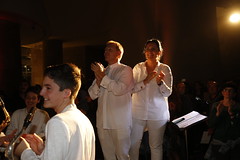 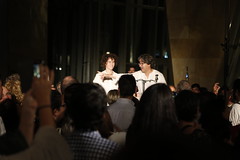